Swansea v Manchester City: Visitors to ramp up the pressure on Guidolin

These two teams met in an EFL Cup clash in midweek and Manchester City came off the better, winning 2-1 after making a string of changes to their first team. This game though, could be much more one-sided in favour of the odds-on title favourites.

City are just 2/5 (1.40) with Paddy Power to pick up a tenth consecutive victory in all competitions under their new boss. That’s also an industry best price at the time of writing, so punters are unlikely to get rich quick backing the away side simply to leave the Liberty Stadium with three points. 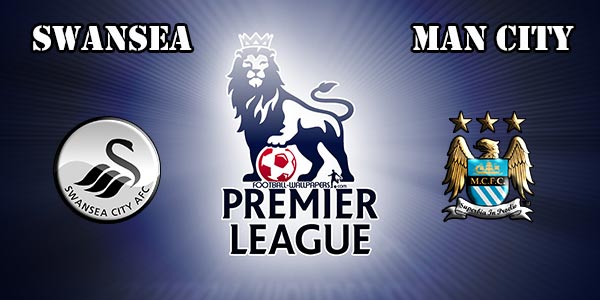 It’s 13/2 (7.50) that the Swansea ease the pressure on Francesco Guidolin, who currently leads the sack race market after a dismal start the the new campaign. The draw is 4/1 (5.0) with Paddy Power who are clearly looking to take Manchester City on, to some degree at least, with other firms as short as 1/3 (1.33).

To make matters worse for the home side, Sergio Aguero has completed his three match ban for elbowing Winston Reid. The Argentina international will surely be chomping at the bit to get going again having notched a hat-trick against Borussia Monchengladbach in the Champions League earlier this month. It’s just 8/15 (1.53) that he finds the net in South Wales.

One angle that appeals more than these short prices is backing Manchester City to continue their free-scoring form. Having hit 15 goals in 5 league games thus far, they look well placed to rack up another big total against a team who have lost three of their last four games, conceding seven times in the process.

Manchester City to score three or more is on offer at 13/10 (2.30) with Paddy Power and that appeals for two reasons. Firstly, City have been absolutely dominant in the final third of late, their attacking line-up has been restored to its most potent with the addition of Aguero and Kevin De Bruyne looks like a leading Player of the Season candidate. Nolito will sit this game out but the likes of Raheem Sterling and David Silva simply make them look a more appealing prospect in terms of goal scoring potential.

Secondly, Swansea City do have goals in them. They’ve scored in six of their last seven on home soil, so, while the visitors are expected to dominate, a home goal can’t be ruled out.That could mean Guardiola’s men will need to rack up another big score to be sure of victory.

Those that fancy both teams to score can get 8/11 (1.73) on that outcome while anyone who foresees the visitors shading a high-scoring clash can take 9/5 (2.80) about the away win with both teams being on target.

De Bruyne makes a tasty anytime goal scorer option at 11/10 (2.10) but the 13/10 (2.30) about Manchester City scoring three or more looks well worth a look. That’s a bet that’s landed in three of their five Premier League games thus far and with Aguero back from the sidelines, it could be another long afternoon for a Swansea team struggling for any sort of consistency.