This is the clash that every boxing fan has been waiting for for over five years, yes, believe it or not, this epic bout was first planned way back in 2009 ! But, due to a string of problems and contract disputes including Pacquiao refusing to Mayweathers demands for urine testing and random strict blood testing right up to the weigh in it has been delayed that is, until now, or May 2nd to be precise (if you live in the USA and May3rd if you live here) Fight fans will have to wait until 0400 in the we small hours of Sunday to watch this momentus fight. 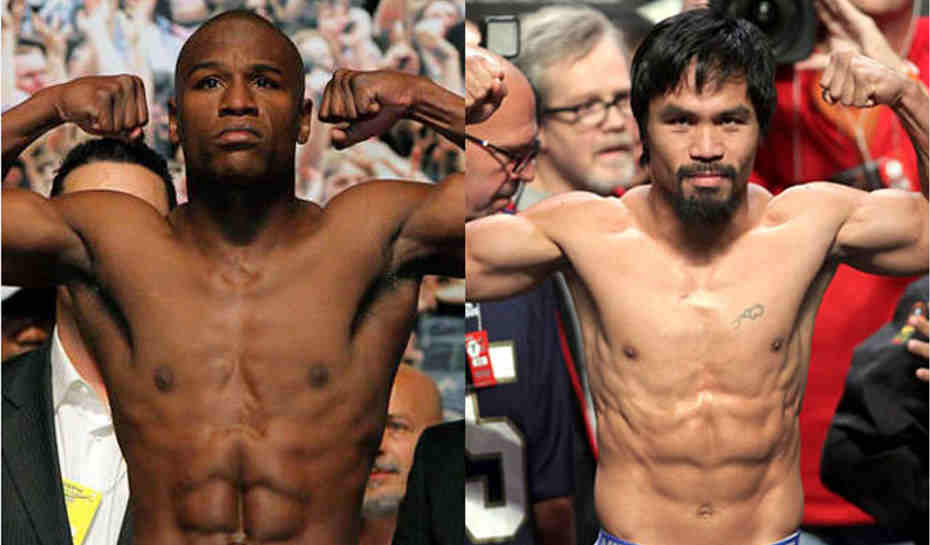 Tale of the Tape

This superfight is predicted to be very close and is likley to go the whole distance of twelve, 3 minute rounds. Floyd Mayweather is slightly ahead with the bookies and you can get odds of 4/9 at some of them while most are offering 1/2. Manny Pacquiao betting starts at an average of 2/1 to beat the “money”  which is Mayweathers nickname as he has earned roughly £280M.  There are also  lots of other betting options available from the bookies on our site, check these out here.

The only options to watch the fight are rather limited with the only one being Pay Per View on SKY, this comes at a cost of £19.95 and can be ordered via SKY remote, over the phone or online. If you are likely to order over the phone we recommend doing so before midnight Friday, as after this, the price goes up £5.

Well, the Super Bout is now over, and to be honest I think the result was what most boxing fans expected, although not necessarily what they wanted though. The fight went exactly as people expected too with The Pacman making all the forward moves and The Money scoring the most points with counters. This means with a purse of $200M, Mayweather will get $120M and Pacquiao $80M. I personally did not think much of the fight and found it rather boring.

Now, it would seem, I am not the only person that is unhappy with the whole caper as two viewers in the U.S.A. have presented a multi million dollar lawsuit against Pacquiao and his management for “fraudulently concealing” a shoulder injury from fight fans who paid lots of money on tickets or betting stakes in favour of Pacquiao. Both plaintiffs hail from Nevada. Mayweather is also facing legal proceedings, but from a different angle. The mother of his three children is suing The Money for Defamation, …. if it goes her way, Mayweather may regret his current nickname !!

Have You Tried NetBet Yet?