Three defeats on the bounce have turned up the heat on new Manchester United manager Jose Mourinho. While their city rivals set the pace, league defeats either side of their Europa League loss at PSV Eindhoven put the Portuguese boss in an uncomfortable position, even with their midweek EFL Cup win over Northampton Town.

Despite their poor recent run, United are warm favourites at 8/13 (1.62) with Ladbrokes to get back to winning ways against reigning champions Leicester City. The Foxes, 9/2 (5.50) outsiders to pick up three points, could well revel in their underdog status. The draw is a 29/10 (3.90) shot at Old Trafford. 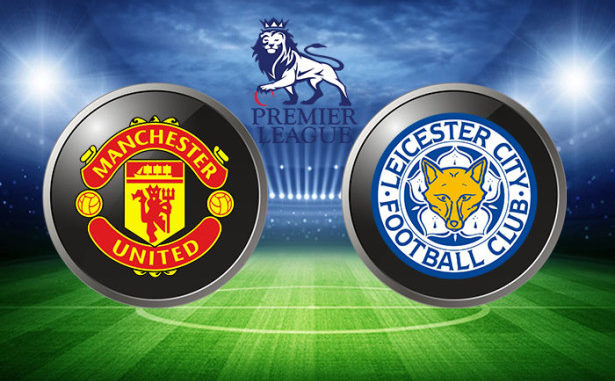 While they have undoubtedly got quality thought the team, Mourinho is struggling to get the best from the wealth of attacking options at his disposal. Wayne Rooney’s consistent presence in the side could well be hampering the likes of Henrikh Mkhitaryan and world record signing Paul Pogba from playing in their natural positions.

The 31-year-old’s past achievements seem to guarantee his a place in the starting 11 but his deep-lying role is certainly impacting on the potential of the team as a whole.

After a patchy start to their season, Leicester’s back-to-back wins over Club Brugge and Burnley respectively should mean Claudio Ranieri’s men are full of coincidence ahead of a game where they know all the pressure will be on the opposition. Both teams made wholesale changes in their midweek EFL Cup clashes and should be well rested as a result.

Watford’s pace and physicality caused United’s backline no end of problems last weekend and the combination of Islam Slimani and Jamie Vardy have those same attributes in spades. The Algerian international arrived at the King Power Stadium in a £30m move from Sporting Lisbon and, having netted twice on his home debut, is 11/4 (3.75) to find the net here.

Get the latest odds for this match at ladbrokes here.

Zlatan Ibrahimovic should lead the line and the Swede is 11/8 (2.38) to hit his fifth league goal since arriving on a free transfer from Paris Saint-Germain.

3/4 looks a short price about a United side who have plenty of questions to answer and opposing them looks a tempting prospect. While punters may be hesitant to pull the trigger on the 9/2 about an away win, quotes of 5/4 (2.25) on the Foxes avoiding defeat look to offer some decent value.

The shock 5000/1 champions made their name in the top flight playing a direct counter attacking style of football and with the hosts needing to force the issue and arrest their poor recent results, they could play into the hands of a side who look much more assured defensively of late.

For a longer price, the option of Leicester to score two or more at 5/2 (3.50) makes some appeal. That’s something which Ranieri’s side achieved in 21 of their 38 Premier League games last term. With United struggling for any sort of defensive form and Leicester looking particularly dangerous thanks to Slimani’s addition, the champions could cause plenty of problems for a fragile backline who are struggling to live up to pre-season expectations under the Special One.