We opposed Paris Saint-Germain in their first Champions League game of the season and their 1-1 draw with Arsenal – however fortunate – landed a Double Chance selection on the Gunners.

The French champions look to have been given too much credit by the bookmakers again ahead of a trip to Ludogorets on Wednesday. The visitors are just 2/5 (1.40) with Ladrbokes to triumph in Bulgaria, the hosts are a sizeable 13/2 (7.50) to spring a surprise and the draw is on offer at 7/2 (4.50).

Those 13/2 (7.50) quotes about the home win have already been nibbled a little by eagle-eyed punters looking to get the home team onside at fancy prices and with good reason. PSG are not playing like a European powerhouse, beaten 2-0 by Toulouse on Friday night, Unai Emery’s men have only won two of their last six matches.

A trip to Ludogorets is no easy task in the Champions League, these well-funded Bulgarians are a tough outfit on home soil. Since making their debut in the competition four years ago, they have played 14 games in front of their own fans, losing just three times and one of those games was a narrow 2-1 reverse at the hands of Real Madrid. 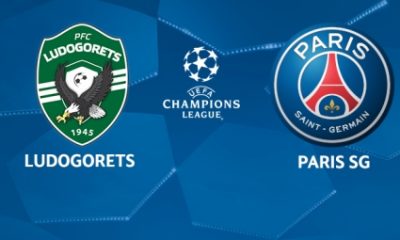 Moreover, Ludogorets have only ever lost a Champions League home game by more than a single goal on one occasion, back in 2013 against Basel. They played the Swiss side on match day one of this campaign, securing a 1-1 draw, showing how they’ve become accustomed to this competition over the years.

With those results, plus PSG’s patchy recent performances, opposing the away side in some capacity makes sense. Ladbrokes go 8/11 (1.73) that the home side score a goal, a price that will surely prove tempting given Ludogorets have only draw a blank twice in those aforementioned 14 Champions League games. That run includes scoring against the likes of Liverpool, Viktoria Plzen and Real Madrid.

Both teams to score could well be a popular play at 10/11 (1.91) with Ladbrokes, that price has seen plenty of interest over the weekend following after defeat for the Ligue 1 side.

Another angle could well be the 17/20 (1.83) on Ludogorets +1.25 in the Asian Handicap market. This wager will be settled as a winner if the hosts win the game or draw. A loss by one will be paid as a half win, with the bet losing if they are beaten by a two-goal margin. More ambitious punters could try the Ludogorets/Draw pick in the Double Chance market at 15/8 (2.88).

Paris Saint-Germain certainly look overrated by the odds compilers and with a tough trip ahead of them it could pay to oppose Emery’s men again. Splitting stakes across the over 0.5 home goals pick at 8/11 (1.73) and the +1.25 Asian Handicap line at 17/20 (1.85) with Ladbrokes looks to be a smart play.