The Formula One Singapore Grand Prix at Marina Bay is just around the bend. With Ferrari, Mercedes and Red Bull all hoping to come out victorious, who will win? That’s the question of the day. But before we get into predictions, let’s look at some interesting facts about the Singapore Grand Prix. The track itself and the history of races held there.

This year, all races at the Grand Prix will be held at the Marina Bay track. The track is incredible, dangerous and deadly. It has more twists, bends, and corners than any other track. In total, the track has 23 corners. Fourteen veers to the left and nine swerve to the right. The track is also quite tight and considerably narrow. This does make overtakes a little bit of a nightmare. You have to be quite brave even to consider overtaking coming up to one of the tightest corners.

Due to the build of the circuit and the way it twists and turns, drivers are often quite cautious. No one wants to come off, and this means that the race takes longer than most others. The fastest the race has been completed is just under two hours. The circuit is 5.065 km long, making the track one massive test of not just skill but endurance.

The track has seating for over 80,000 people, and all of the seats are typically filled. There’s not an empty spot around the street track as viewers flock to see the incredible race.

How Dangerous Is The Race?

It’s incredibly dangerous and safety cars are common due to the record number of shunts. In fact, a safety car has been used in every race held at Marina Bay. That fact probably won’t change this year. Shunts usually happen when racers do risk an overtake, even on the narrow stretches of track.

Arguably, the nighttime setting should make the track even more dangerous with lower visibility. However, powerful floodlights are used to replicate daylight conditions. Witnessed up close this display is phenomenal and ensures the safety of the drivers.

History Of The Race

This year is the ninth Grand Prix held at the Marina Bay Street Circuit. The first race there was in 2008. It was held under floodlights in the evening, and the winner was Renault with Fernando Alonso finishing first. Last year, Ferrari won the Singapore Grand Prix with Sebastian Vettel. Before that, Lewis Hamilton emerged Victorious on the Mercedes team. Hamilton will be hoping for a repeat performance this year. However, if recent interviews are anything to go by, he is certainly nervous about the heated competition.

Despite the bending track, there is a phenomenal lap record on the circuit of 1:50.041. This is held by Daniel Ricciardo and was completed in 2015. Who knows, maybe this year, we’ll see a new record. Mercedes will certainly be hoping to pull away from Ferrari and Red Bull on the track. That might encourage themto take those turns just a little faster. Or, they might be cautious to avoid a shunt. 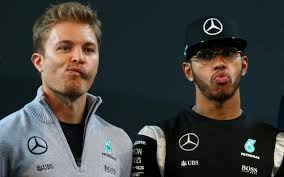 As we get closer to the 2016 Singapore Grand Prix at Marina Bay, there’s only one question. Who will win? Here are the facts. Mercedes will be starting in the first position, and this will give them the advantage. The narrow track makes overtaking difficult at best. Starting in the first position gives racers a significant advantage on this track. However, as Hamilton himself noted, he expects a serious challenge from both Red Bull and Ferrari on the track. Hamilton and Mercedes are not expecting an easy win this year.

History is also against Mercedes. Their performance in last year’s race was described by pundits as pitiful. Many people do not see Mercedes as the favorite to win. Ricciardo and Verstappen will prove a worthy challenge to Hamilton and Rosberg.

As many spectators have noted it’s common for problems to snowball on the Marina Bay track. An issue early on in the weekend race could put the team out of the running altogether.

Red Bull meanwhile, could be seen as the favorites. They have reigned supreme on this track in the past and have a good chance of coming out on top this year. Even if they are in the back, they’ll fight for the first position.

That said, our prediction is that despite furious pressure from behind, Hamilton and Rosberg will come out on top.